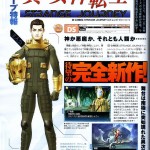 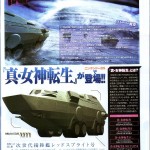 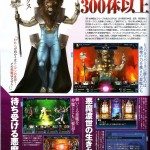 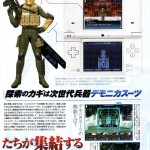 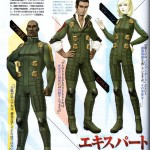 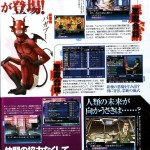 – RPG
– Releasing October 8th, 6,279 yen
– Over 300 demos, some from past games
– Primary character is a soldier from Japan
– Communicate/merge with demos
– First-person view on the top screen, map on the touch screen