Chrono Trigger announcement revealed a bit early, but don’t get too excited 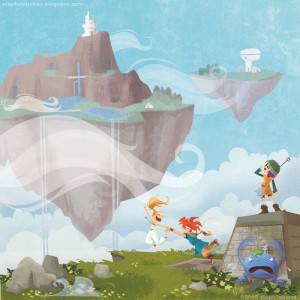 Artist Stephanie Laberis had been teasing a Chrono Trigger announcement of sorts for August 11th, though she was able to reveal the mystery a few weeks early. Don’t get too excited, however, as it was not related to a new game. Laberis’ Chrono Trigger art (which you can see above) will be sold alongside 1,000 copies of CHRONOTORIOUS, a new CD by The Bad Dudes. This probably isn’t the announcement that Chrono Trigger fans had been hoping for, but the piece of art, in addition to the C.D., could be nice pickups for followers of the series.

“15 delicious Chrono Trigger tracks have been arranged for you. But only if you buy the CD album. When the CD is gone, it’s gone forever, along with 5 of the tracks. There will be an iTunes/AmazonMP3 release, but it will only fature 10 tracks and won’t include the poster and you’ll find yourself scouring eBay for a legit copy.” – CHRONOTORIOUS description