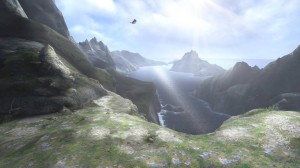 Just how impressive are the graphics in Monster Hunter 3? Well, apparently they stunned Nintendo designers and members of the Zelda team. In an Iwata Asks interview, Nintendo’s boss stated that the Zelda devs were under intense pressure after seeing how the game looked. Perhaps this is an indication that the visuals in Link’s next outing will be a top priority.

There were a number of other details from the interview, some of which you can check out below.