More discussion of Monster Hunter 3 on Wii, Dead Rising over Lost Planet, surprises for Chop Till You Drop 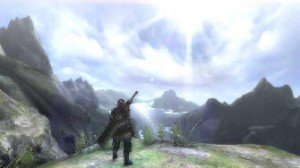 Capcom’s Christian Svensson has given gaming fans a slight update on Monster Hunter 3 and Dead Rising: Chop Till You Drop for Wii. Svensson isn’t willing to talk about localization for Monster Hunter 3, but has given further details as to why the game moved from the PS3 to Nintendo’s console. “I can’t discuss the localization issues at this time. As for the decision to bring it to the Wii, I think there were many. I think it’s fair to say that CJ wanted to bring one of its premier franchises (possibly THE premier franchise when you look at the Japanese market) to the broader audience that the Wii represents. At least, that’s one of many variables that pushed it in that direction.”

Also, you might be curious as to why Capcom decided to port Dead Rising instead of Lost Planet. Well, once again, here’s Svensson’s answer: “Probably a number of reasons, not the least of which was Nakai-san’s interest in doing DR.”

Svensson additionally went on to discuss Chop Till You Drop, even explaining that there are surprises in store. “The goal, so far as I’m aware, is still 100 zombies on screen at once. I’ve yet to see that goal realized myself though. In any event, I think it’s fair to say that gunplay does play a larger role in CTYD than it did in the 360, owing to the RE4 aiming mechanics. That doesn’t mean there aren’t loads of DR mechanics too, it’s just the the balance does seem to have shifted somewhat. In any event, I think it’s fair to say that folks haven’t seen all of the surprises we have in store for the game, so I’ll have to ask for everyone’s continued patience until we’re a bit closer to release.”