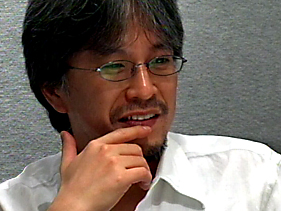 We’ve been posting snippets from the Nintendo Power interview with Eiji Aonuma over the past week or so, but there is one last significant response to be shared. When asked about the success and longevity of Ocarina of Time, Aonuma said, “I’m happy that a title I worked on some time ago remains highly praised to this day, but that also shows how none of the subsequent games in the series have surpassed it. As someone who is still working on the series, I have mixed feelings about that. Because I haven’t yet surpassed it, I can’t quit. Surprisingly, that simply motivation may be the reason I continue to work on the Zelda series.” As Aounuma explains, he will overseeing the Zelda series (alongside Miyamoto) for a longtime to come. Quite honestly, I can’t imagine a Zelda game without the two of them being involved in the game development, considering how much they have influenced the series.