A look at early Yoshi for Super Mario World 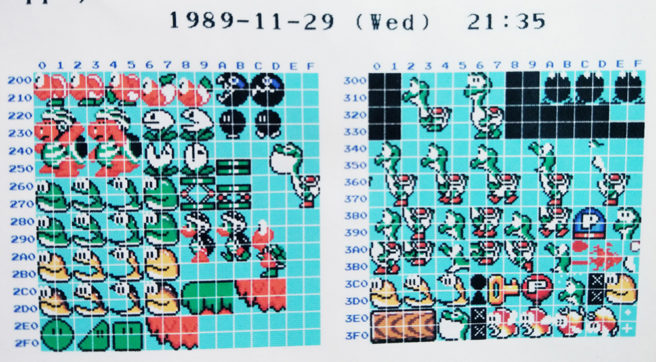 In a recent interview about the SNES Classic Edition developer interview they covered Super Mario World. In the interview we got some images of some original sprite work and a very noseless Yoshi. There are also a few other notable sprites including the red magic balloon and the different Hammer Bros. I can’t tell if Yoshi looks more adorable or horrifying in its original sprites.