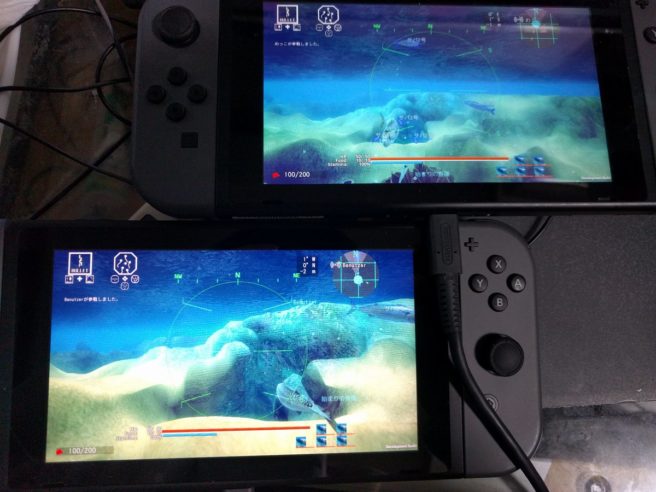 Ace of Seafood technically hasn’t been announced for Switch. That being said, it looks like it’s happening. Nussoft posted the image above on its Twitter account showing the game running on Switch and indicated that it will hit the platform once the system becomes more widely available.

Ace of Seafood has already come out on several platforms, including Wii U and PC. You can find more about the game below.

In the seas of the distant future, humans have all but disappeared.
Now fish and crustaceans fight great wars, shooting deadly rays of light at each other.
In your current, newly awakened state, you are no more than a piece of seafood.
But you have also been blessed with talent for leading your allies in battle.
Ransack the reefs. Discover an underwater world. Raise an army. Multiply your victories.

Do whatever it takes to become the Ace of Seafood.

Defeat enemies, increase allies, hone your strengths, secure reefs and voyage the seas from top to bottom!”Ace of Seafood” is a third-person action game in which you build a party of up to 6 fish/crustaceans, exploring the vast ocean and battling with various marine life in order to expand your dominance of the ocean.

At the beginning, you need to share your secret desire to become one of the seafood.

Take control of an array of sea creatures and freely explore the ocean in an open-world map.
You will engage in battle with various forms of sea-life in order to capture and take control of the reefs they guard.
The reefs serve as bases from which you can strengthen your allies and breed more of them.

As you multiply your victories, you will be able to control a stronger force and explore a wider region.
In battle, your allies will follow the commands of the Ace (that’s you) which include battle formation and special abilities.
In this world, sea creatures possess the ability to shoot powerful rays of light that can destroy just about anything.