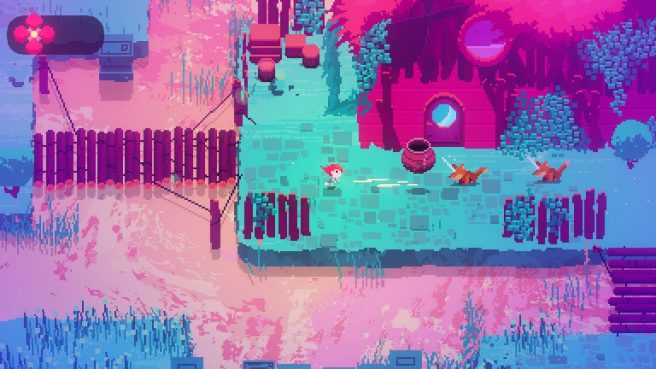 The action adventure title Lila’s Sky Ark is in development for Switch, publisher Graffiti Games and developer Monolith of Minds confirmed today. It will launch sometime in 2022.

One morning Lila and her friends, Mr. Kiepchen and Doctor-Father-Sir, wake up to find themselves facing a grim foe: The Conductor and his generals who have invaded the sky island to take all that is magical and musical.

You must unite the island’s spirits and craft powerful weapons using alchemy to fight back! Use Stone Souls, Titan Eyes, Infinite Branches, and more weird items to fight off rabid animals, hordes of the empire’s soldiers and fierce bosses with more heavy metal than you can stomach!

– Craft powerful weapons using alchemy recipes.
– Battle rabid animals and hordes of pink soldiers.
– Fight brutal bosses in intense battles.
– Instead of a boring sword, Lila can throw around all kinds of things that she finds on her way: rocks, barrels, sheep and more.
– Four lively areas filled with wild encounters, challenges, and puzzles.
– A quirky cast of characters.
– A hidden story of loss and loneliness.
– Lila’s Sky Ark tells the prequel story to Resolutiion, where cyber-thriller meets Alice in Wonderland: the first Cradle, the original Dreamer, and the birth of the Red Code Universe.

We have a trailer for Lila’s Sky Ark below.

Lila’s Sky Ark will be sold digitally for Switch via the eShop. Stay tuned for a final release date.