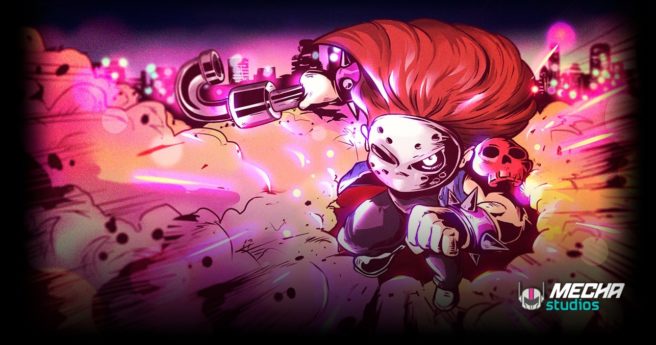 The 2D action-adventure game Neon City Riders is in the works for Switch, publisher Bromio and developer Mecha Studios have announced. It will launch in early 2020.

Here’s an overview of Neon City Riders, along with a trailer:

Looking for a a 2D action-adventure mixed with super-powered urban gangs in a post-cyberpunk neon scenario? Well, if you do, Neon City Riders is right for you!

Take on the role of Rick, a masked vigilante who needs to explore the decaying futuristic Neon City in search of items, superpowers and companions to free the turfs from the four super-powered gangs claws’!

– Make your way into the depths of each turf while attacking, dashing and parrying waves of vicious gang members
– Explore at your own phase the open-ended map of the Neon City’s turfs in the order that suits you
– Unlock super-powers to enhance your strength and reach new areas
– Use all your abilities to complete puzzles and open new routes in your map
– Immerse in the multi-ending story through the cinema displays and the dialog of the more than 100 Neon City inhabitants
– Recruit useful partners to obtain improvements in your adventure
– Fight against challenging bosses and show them who is the hero!
– Help the city inhabitants to complete the side-quests and obtain special items
– Enjoy the original soundtrack inspired in the 80’s and 90’s video game consoles