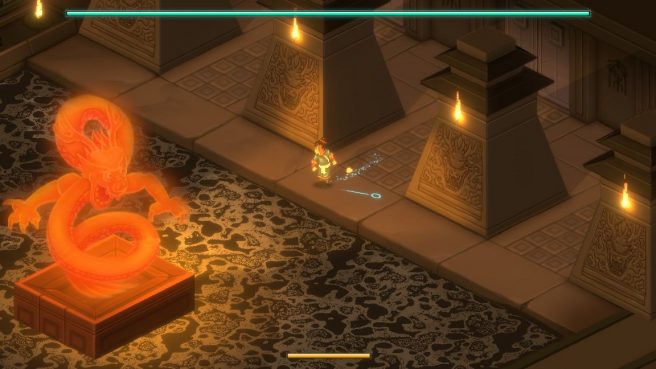 Original (8/28): The action adventure title Terracotta will be making its way to Switch later this year, publisher Freedom Games and developer Appnormals Team have announced. A release is planned for October 20, 2022 (update – delayed, see below).

Terracotta, which is based on China’s seminal Qin dynasty, has players going on a journey to lift a curse and bring about peace. Further information can be found in the overview below.

Something stirs in the darkness of the underground mausoleum. A terracotta figurine cracks and a soul stirs within, awakened by the energy of the Tao. You wake, surrounded by eight thousand of your terracotta comrades. A curse has been placed upon the army of the first emperor, save yourself… meaning you are the only one who can lift it and bring peace to one of the greatest spiritual wonders of ancient China.

Terracotta is an action-adventure game based on China’s seminal Qin dynasty. Though ruling only for fifteen years, the first imperial dynasty laid the foundations of a state that would endure for over two thousand years. Experience the splendor and drama, as China transforms from a patchwork of warring states to a united empire. Witness the creation of the first Great Wall of China and the grand victories that preserved its legacy.

As the sole un-cursed warrior of the emperor’s Terracotta Army, you’ll have to master your ability to channel the Tao, switching between the realms of Yin and Yang to free your fellow soldiers from the spiritual blight.

You are one of eight thousand warriors bound to protect the Qin Emperor in his afterlife. Your comrades are not your enemies, even if they do not think so at the moment…

The Qin dynasty laid the foundations of China that would endure two thousand years. As an awakened terracotta warrior, you have the opportunity to observe it from within.

Terracotta is a project funded by Red.es and the European Regional Development Fund (ERDF) through the Red.es Program to promote the videogame industry. These grants are co-funded by the Spanish ERDF Pluri-Regional Operative Program (POPE) 2014-2020.

And here’s a trailer for Terracotta:

We’ll bring you additional news about Terracotta going forward, including a release date.

Update (10/5): It’s now been announced that the Switch version has been delayed to Q1 2023. Stay tuned for more information about the launch timing.