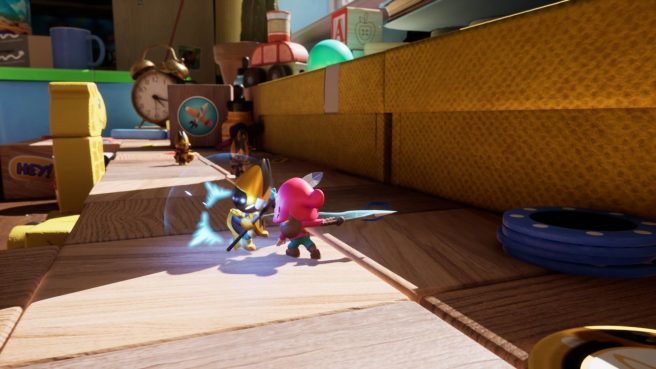 Publisher Devolver Digital and developer All Possible Futures have announced The Plucky Squire, an action-adventure game that will have players jumping between 2D and 3D worlds. It will launch on Switch in 2023.

Here’s an overview of the game with more details:

The Plucky Squire follows the magical adventures of Jot and his friends – storybook characters who discover a three-dimensional world outside the pages of their book. When the malevolent Humgrump realizes he’s the villain of the book – destined to lose his battle against the forces of good for all eternity – he kicks the heroic Jot out of its pages and changes the story forever.

Jump between 2D and 3D worlds in this charming action adventure – solving puzzles, boxing badgers, flying with a jetpack, and enjoying many more delightful and surprising mini challenges as you become the hero of a living storybook.

Have a look at a trailer for The Plucky Squire below.

The Plucky Squire will be sold digitally for Switch via the eShop. You can access the official website here.