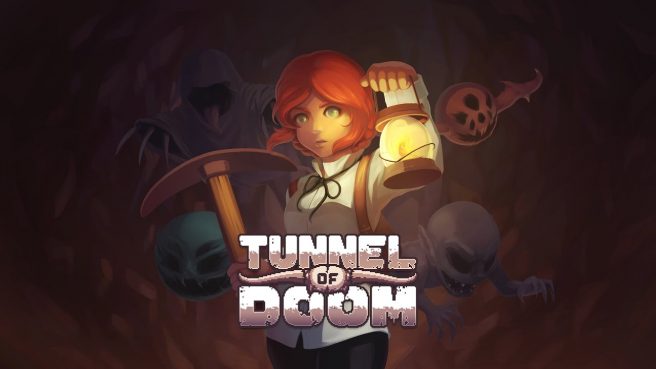 Today, Digerati and Antti Vaihia announced that Tunnel of Doom is in development for Switch. The game, an “easy-to-pick-up action rogue-lite that combines real-time tower defense with melee and ranged combat gameplay,” is planned for Q2 2021.

Here’s an overview of Tunnel of Doom, along with a trailer:

Tunnel of Doom is an action rogue-lite hybrid that mixes tower defense with melee and ranged combat gameplay. Randomly generated, every run is different as you guide Angel on a quest to rescue her husband. Gather resources, discover perks, and use what you find to battle waves of monsters.

Key features
– Set Traps: It’s you against the hordes! Boost your chances of success and survival by strategically positioning cannons and barricades before battles begin.
– Gather Resources: Smash lamps. Destroy crates. Blow up rocks. Search the mine for materials that can be used as makeshift weapons or ammunition for traps.
– Weapon Combat: If your revolver or rifle ammo is running low… improvise! Throw rocks or glass. Swing your pickaxe. Break out the TNT. Do what it takes to avoid being mobbed by the monsters!
– Find Perks: Better traps. Improved weapons. More resources. There are 50 perks to discover, each offering an array of stat boosts and gameplay tweaks.
– Randomly Generated: The layout of the mine, perks, and monster battles change with each new game, meaning every run is different!
– Dream Mode: Escape the mine to unlock this new, endless challenge.

Tunnel of Doom takes place in 1903 at Goldcrest, a small mining town. Due to an unknown incident, the mayor has shut down the mine until further notice. With her husband trapped inside, Angel enters the mine to investigate and search for survivors. Little does she know, hordes of ghoulish creatures are lurking in the darkness…

Tunnel of Doom will be sold digitally for Switch via the eShop.