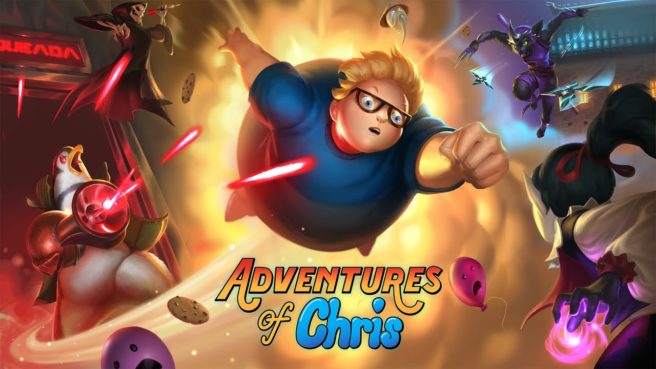 The adventure platformer Adventures of Chris is heading to Switch, publisher Graffiti Games and developer Guin Entertainment announced today. It will launch later this summer on the console.

We have the following overview for Adventures of Chris:

Set in the greatest year ever, 1995, protagonist Chris is kidnapped, mocked and transformed into a balloon, but manages to escape by floating off on a global adventure. Driven by determination, superpowers such as fireballs, and most importantly cookies, Chris is on a mission to defeat the forces of villainy to save children from around the world and make it home in time for dessert. Inspired by ‘90s cartoons, Adventures of Chris is chock-full of humor and invigorating combat that players will use to transform Chris from a weak kid into the ultimate hero.

– Uncover a sinister story in a quirky, cartoon-like universe.
– Explore 9 locations around the world in any order you please, plus the Kingdom of Lost Balloons and more!
– Build Chris from a weak kid into the ultimate underdog hero by upgrading him with unique special moves and abilities that you can customize to your style.
– Learn (or purchase) increasingly powerful spells and techniques.
– Battle bizarre villains across the globe, including samurai cats, cyborg penguins and whiny vampires.
– Float or fall through unique platforming challenges.
– Two additional full game modes, including bonus content – a more difficult and humorous Mean Mode, and Developer Commentary.
– A variety of unlockable content and secrets to discover, including an in-depth backstory.
– Numerous difficulty settings, including “Ridiculously Easy” for players who prefer to never die, and “Hard for No Reason” for crazy people.
– Snort out loud with a game chock-full of laughs.

Adventures of Chris is expected to release for Switch via the eShop.