Adventure RPG The Girl from Arkanya announced for Switch 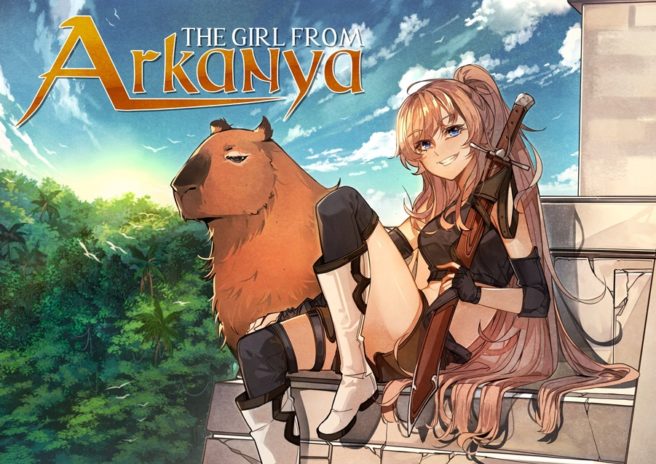 The adventure RPG The Girl from Arkanya is in development for Switch, publisher Top Hat Studios and Arkanya Games have announced. Also described as a “treasure hunting Zeldalike”, the game will launch in 2021.

Here’s some information about The Girl from Arkanya, along with a trailer:

Arkanya is a 2D adventure RPG about an aspiring young treasure hunter named Marisa and her capybara companion! Explore deep within the jungles of Amazonia, discover a deep alternate world history, and amass your fortune as you strive to become the world’s greatest treasure hunter!

The year is 1167, and the port city of Arkanya is fast becoming the jewel of the Holy Roman Empire. Seated at the edge of the known world on the most fertile soil ever seen, Arkanya grew into a mighty city within a mere forty years, built by the hands of explorers, farmers, and merchants.

Yet uncertainty haunts the future of Arkanya. The Marajoaran tribe, which once peacefully lived alongside the people of Arkanya, has vanished into the wilds without a word. To the North, the forces of Aztlan wage a desperate war against the Conquistadors of Castille, a conflict which has now spilled into Amazonia. And to further complicate matters, the weather has become chaotic and violent, disrupting life within Arkanya’s walls.

Come join Marisa on her adventure, and stick around to find out what’s next for The Girl from Arkanya!

If you’re interested in supporting The Girl from Arkanya, you can pledge to the new Kickstarter campaign here.