Akuto: Showdown due out on Switch next week 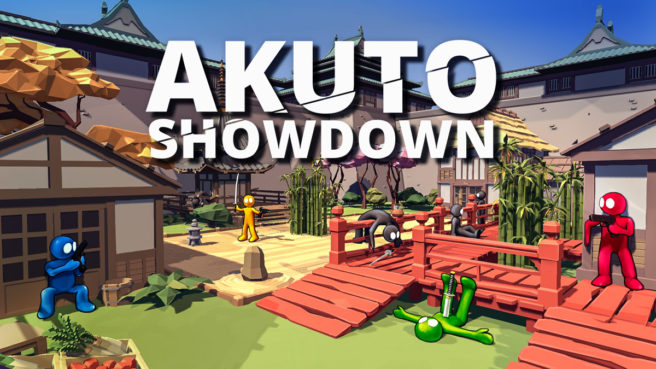 An eShop listing confirms that the fast-paced action and fighting title Akuto: Showdown will launch on Switch next week. Publisher QubicGames and developer Hut 90 will have it ready to go on December 26.

Akuto: Showdown is an isometric, fast-paced action game where players fight with different weapons in intense battles. The game is set on various stages where players have to not only watch out for opponents, but also for the environment from killing them. Cars on the streets, trains and gunslingers – all waiting for your one careless step. The arenas are set in many different themes like Wild West or medieval Japan.

There are 10 unlockable melee weapons – from standard swords to shovels and…legs. The same applies to guns, 15 kinds of firearms are at your disposal: pistol, shotgun or even a magic wand. To make your character unique you can customize your fighter with one of many funny hats.

So what are you waiting for? Gather up, draw your sword – showdown is on!

– Enjoy the intensity and fun of classic couch party games, but with more violence

– A wide range of dynamic levels with environmental hazards

– Fight against your friends in local multiplayer, or play against the bots in one of the many versus modes

Akuto: Showdown will cost $7.99 on the Switch eShop. Pre-loading is available now.