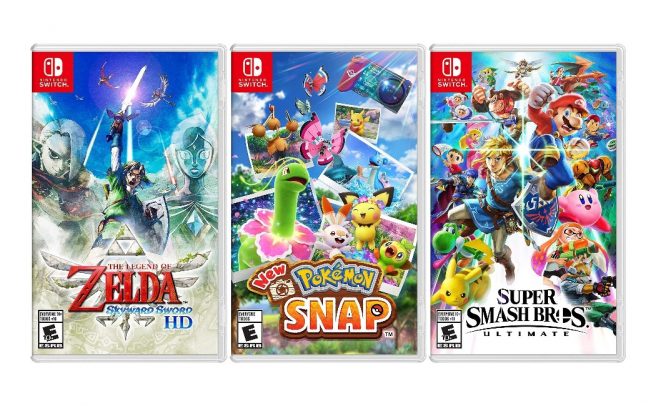 A trio of Nintendo-published Switch games are currently on sale via Amazon. The Legend of Zelda: Skyward Sword HD, New Pokemon Snap, and Super Smash Bros. Ultimate are all down to $39.99. They typically go for $60 each.

At the moment, it’s unclear how long these deals will be up on Amazon. But if you’re interested in placing an order, you can do so here.

Super Smash Bros. Ultimate first released on Switch in December 2018. The other two games are newer, as New Pokemon Snap hit the system back in April of this year, with Zelda: Skyward Sword HD only just arriving this past July.

If you haven’t jumped in on the Smash Bros. Ultimate train yet, now may be the time to do so. Nintendo is just about done with DLC for the game having unveiled Sora from Kingdom Hearts as the last DLC fighter earlier today. The character launches alongside new Mii Fighter costumes on October 18.