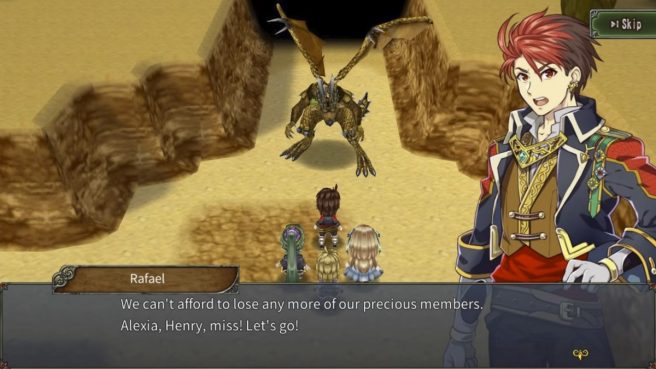 The latest RPG from Kemco and Exe Create is inbound for Switch, with the two sides announcing that Ambition Record will release next month. Fans can expect the game on March 3, 2022.

We have the following overview of Ambition Record, courtesy of Kemco:

The count who rules the northern part of the kingdom has used forbidden, secret arts, and raised the flag of rebellion against his king.

Rafael takes up his sword on the orders of the king, to suppress the revolt. But then, the chancellor, who should be at the core of the king’s court, starts to act in an incomprehensible way. Beliefs and ambition clash fiercely in the unexpected twists and turns of battle!

Fortify characters with the power of the dragons to fight turn-based battles! Create your own party by exploiting the job change system and customizing weapons and armor as you like!

A trailer for Ambition Record can be found below.

Ambition Record will cost $14.99 on the Switch eShop. It can be pre-ordered now, and those that to so will see the price drop slightly to $13.49.