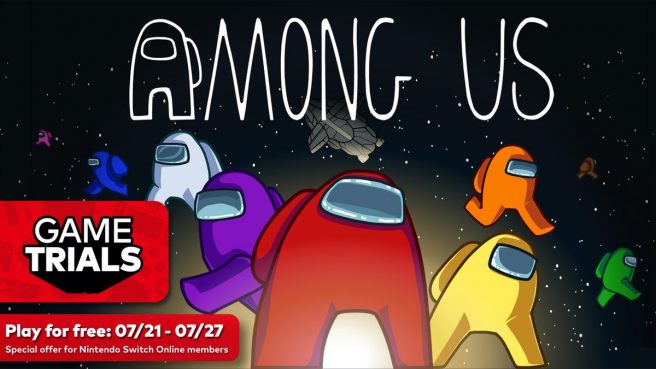 Among Us will be featured as the next Game Trial for Nintendo Switch Online, Nintendo has announced. Subscribers in North America an play the game for free between July 21 and July 27.

Tying in with that, a sale is also planned for Among Us. It’ll be 30 percent off between July 21 and August 1.

You can pre-download the Nintendo Switch Online Game Trial for Among Us here.

More: Among Us, Innersloth