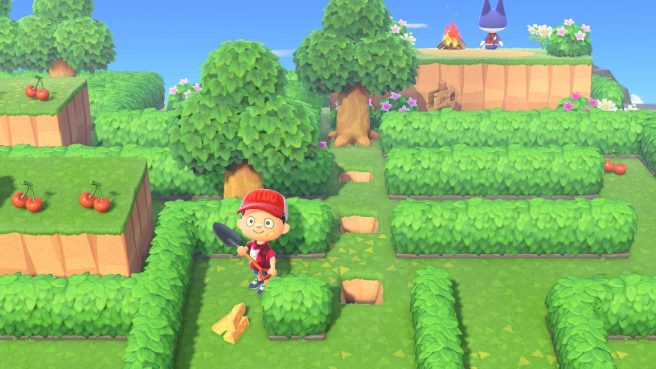 Just like last year, May Day is up and running in Animal Crossing: New Horizons. However, if you’re a new player, obtaining one of the event’s items simply by playing the game normally is now impossible following this week’s update.

May Day involves going through a hedge maze. Once you’re through with it, Rover gives a briefcase for those that are participating for the first time. But those who completed May Day previously will receive a photo of the character instead.

As pointed out by AbdallahSmash026, new players essentially can’t obtain that photo if they’ve updated to version 1.10.0 since the game only provides a single May Day ticket. The only real option would be to trade for the item. Right now, if you didn’t complete May Day last year, Rover’s photo will be inaccessible.

Animal Crossing: New Horizons version 1.10.0 has been out for a couple of days so the update has probably been installed for most at this point. That being said, if your game hasn’t been patched yet, there is one workaround. You’ll need to time travel by accessing Switch’s system settings, changing the date to 2020, going through May Day, and claiming the briefcase. You’ll then need to revert back to 2021 and install the patch to finish May Day again and earn Rover’s photo.

No one can say what will happen next year. Perhaps players who just started playing can earn Rover’s photo then, though there’s no official word at this time. Of course, how important the photo is will vary by player, but AbdallahSmash026 makes the case that players should be able to have access to all of the game’s content.