An update to the game’s Nintendo eShop listing has removed the reference to in-game purchases. Earlier in the week, the inclusion of this verbiage caused some alarm among the game’s many fans. While microtransactions were the fear of worst-case-scenario for many, it is worth noting that both Fire Emblem: Three Houses and Pokemon Sword & Shield also included it in their respective ratings while remaining free of the controversial offerings.

This is what the icon for the rating had included until recently. You can see the updated rating on the Switch eShop or on Nintendo’s website. 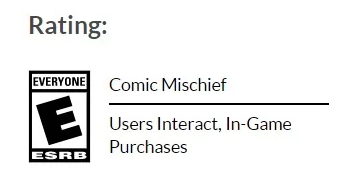