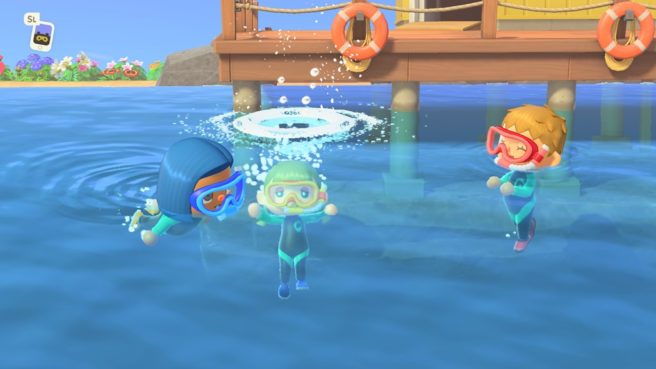 Animal Crossing: New Horizons’ latest update, which was distributed last week, adds in new swimming and diving features. But as an unintended consequence, some players can now take advantage and scam others.

Prior to the update, it was possible to cordon off certain areas of the isle with fencing. It’s especially helpful when shielding your flowers and money trees, protecting items during trades, and more. However, the new update allows players to simply put on swim wear, jump off the pier, and move around the shore to get around the fences. Strangers could potentially cause mischief on your island, hit the minus button, and leave quietly.

Of course, this can be avoided by limiting online play to friends or those that you fully trust. You can also be a bit more guarded from now on and watch out for potential signs of those looking to cause mischief such as arriving on the island with swim wear or quickly changing into the swimming gear.