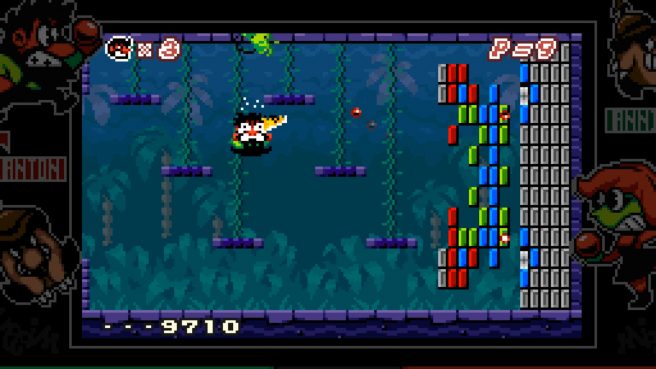 Following its announcement last year, Proponent Games and Summitsphere have set a release date for Antonball Deluxe. The arcade action game is slated for March 5.

Here’s an overview of Antonball Deluxe, along with a trailer:

No slouch on content, Antonball Deluxe truly lives up to its name in including three separate games:

ANTONBALL ARCADE
An enhanced low-definition remake of Summitsphere’s legendary game jam title. After a long night on the town, Anton’s struggling to find his way back home. Your mission is simple: break down every wall that stands in your path!

PUNCH BALL ANTONBALL
Help Annie use her balls to eliminate her enemies! The stakes are high, and the competition is hard. Do you have what it takes to be the Punch Ball Champion?

VS. ANTONBALL
The world’s most intense game of ping-pong! Two players can compete in offline matches. You can throw trash cans at each other too.

Antonball Deluxe will be sold digitally for Switch via the eShop.