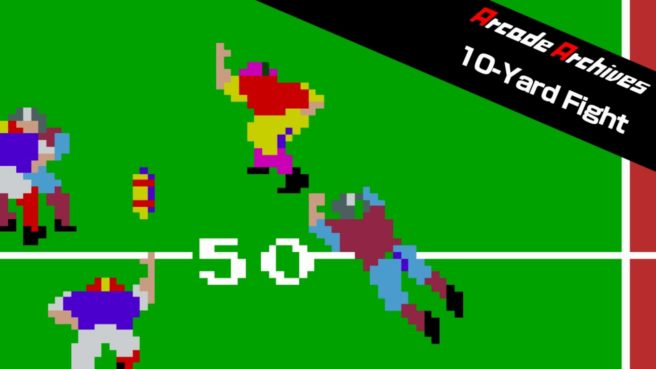 Hamster will likely have two more classic games ready for Switch next week. Aside from the usual NeoGeo title which we should be finding out about later today, the European eShop reveals that 10-Yard Fight is also releasing next Thursday.

10-Yard Fight is a sports game released in 1983 by IREM. Players can enjoy American football with its simple but intense play mechanics. Score touchdowns as you play against increasingly powerful opponents.

Note that this version also contains the 1984 version of VS 10-Yard Fight with the additional two-player mode.

Arcade Archives 10-Yard Fight will be out on May 2.