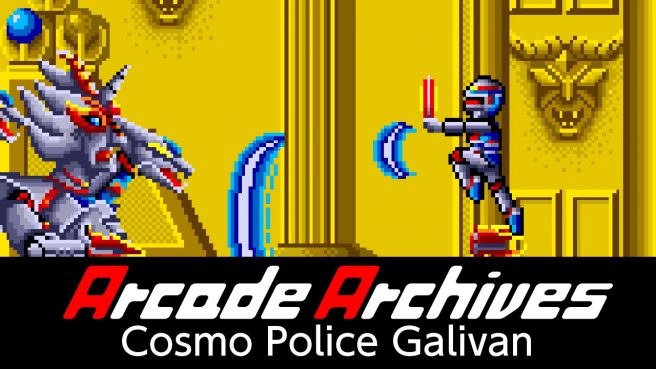 Hamster is publishing Arcade Archives Cosmo Police Galivan on Switch this week, the company announced today. A worldwide release is planned for January 14.

Cosmo Police Galivan is an action game released by Nichibutsu in 1985. The player can transform into Galivan by obtaining the power crystal in order to defeat the galaxy crime organization known as ‘Aku'”