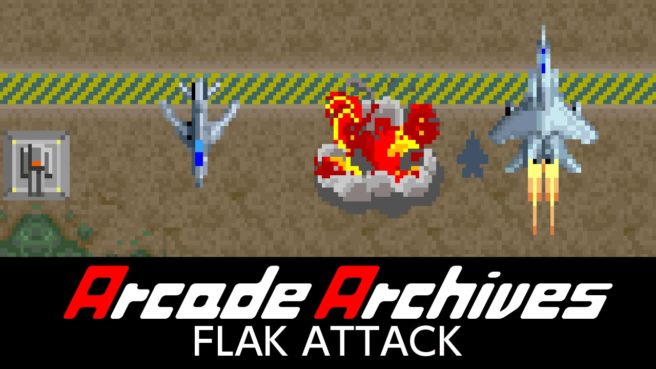 Hamster will bring Arcade Archives Flak Attack to Switch this week, the company has announced. A worldwide release is planned for April 9.

Flak Attack is a shooting game released by KONAMI in 1987. The goal for the player is to fly in the latest fighter aircraft of the Roufanis territory and fight with the Desalis empire which is trying to dominate the world.