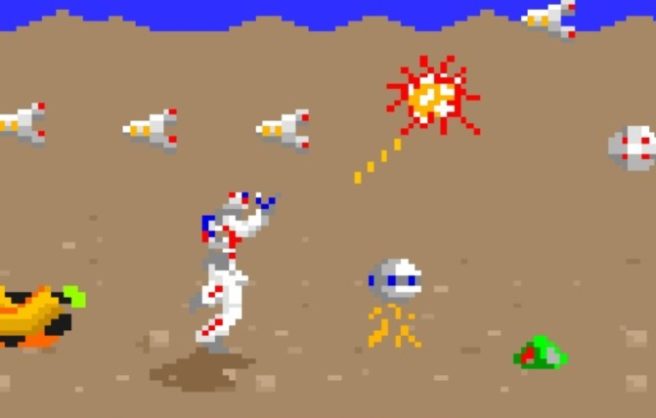 Hamster has dated the next Arcade Archives game for Switch. Formation Z will launch worldwide on March 19, the company has announced.

Formation Z originally released way back in 1984. A game made by Jaleco, this horizontally scrolling shooter involves a robot capable of turning into an aero fighter who must prevent a weapon made by aliens from reaching the Earth.