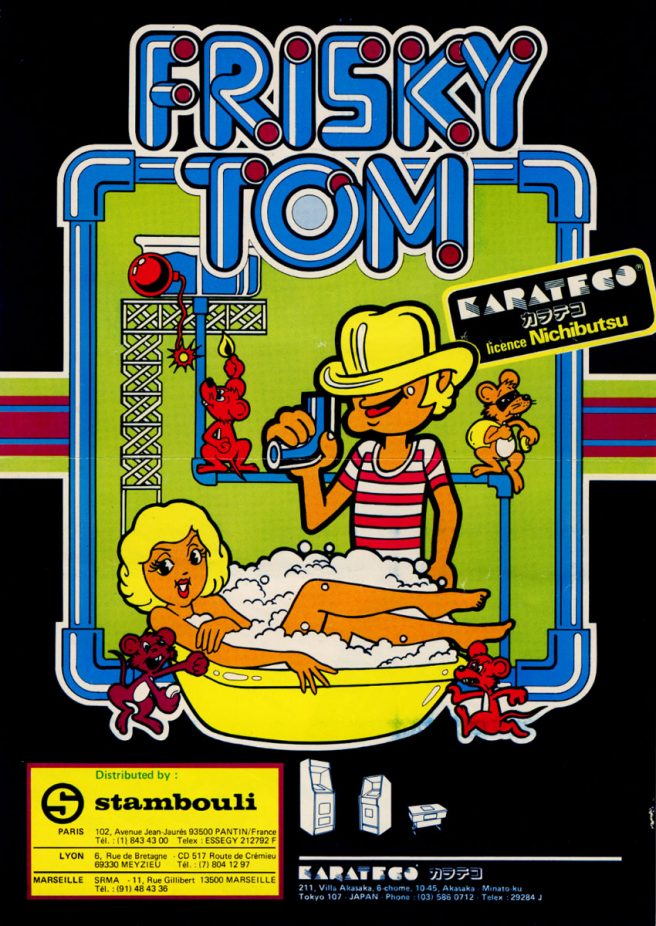 Hamster will release Arcade Archives Frisky Tom on Switch this week, the company announced today. Players on Nintendo’s console can pick up the title on April 15 worldwide.

Frisky Tom was produced by Nichibutsu in 1981.

You play Tom who is trying to get water from the top tank to the shower tank below. Mice interfere with his plans by stealing pipes, blowing-up pipes and by biting Tom. If Tom fills the tank he is rewarded by a girl taking a shower.