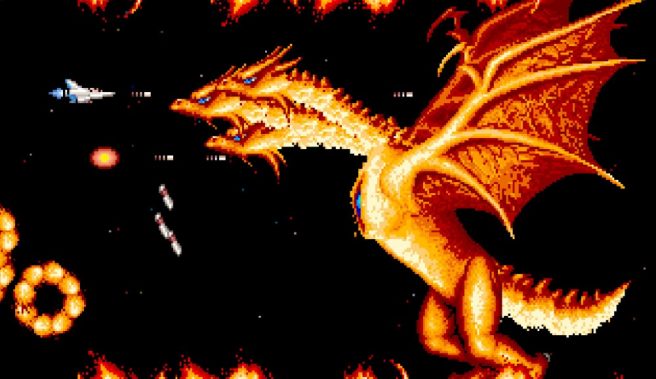 That wretched fiend is once again wreaking havoc on Gradius and the surrounding planets, and it’s your destiny to put an end to it. Unless you think life as an amoeba would be pleasant!

You play a key role in engineering your Vic Viper’s battle gear and arsenal. You’ll use masterful marksmanship and strategy to choose the right time to engage the right weapon from your arsenal: spread bombs, ripple lasers, photon torpedoes, mega crush and many more. Can you conquer the galactic gargoyles and obstacles in ten levels? Just when you think you’ve made it through each of the levels, you’ll be greeted by a hideous boss who will try to see to it that his level is your last. Choose from three difficulty levels to see just how keen your alien zapping skills are.