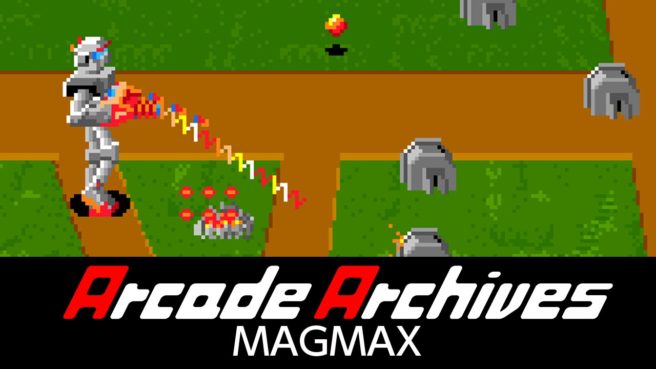 Famitsu also reveals yet another round of Arcade Archives games on the way. These include Radical Radial, MagMax, and Raiders 5. Specific release dates have not been confirmed.

Hamster will release Arcade Archives MagMax on Switch this week, the company has announced. It will arrive digitally via the eShop on May 7 worldwide.

MagMax is a shooting game that was released from Nichibutsu in 1985. Players power-up their fighter by docking with parts in the fields to become a heroic flying robot. Go face-to-face with the diabolical mechanized monster ‘Babylon’ to save the human race!