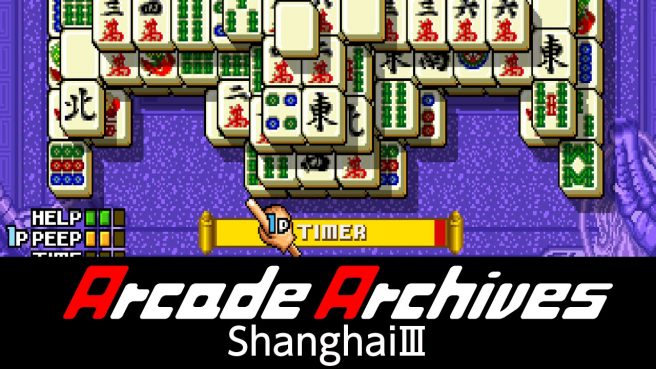 Due to the upcoming holidays, Hamster has announced next week’s Arcade Archives game in advance. Shanghai III will drop on December 31 worldwide, the company confirmed today.

Shanghai III is a puzzle game that was released from Sunsoft in 1993. Players pick from an assortment of mahjong tile patterns such as Dragon, Tiger, etc. The object is to clear all of the tiles from the screen by matching them in pairs. The game runs on a timer, so players have to move fast to clear the entire screen.