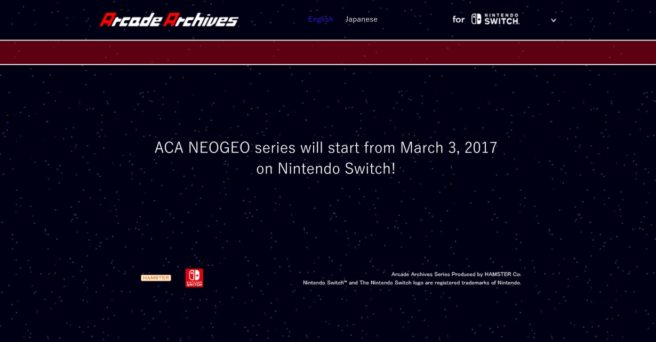 Despite being a couple of days out, we’re still finding out about new Switch eShop launch games. We previously heard that Arcade Archives is set for release in Japan on Friday, but the same may be planned for North America as well. Hamster’s website says that the “ACA Neo Geo series will start from March 3, 2017 on Nintendo Switch”. That’s technically not an announcement, but we’re very hopeful.