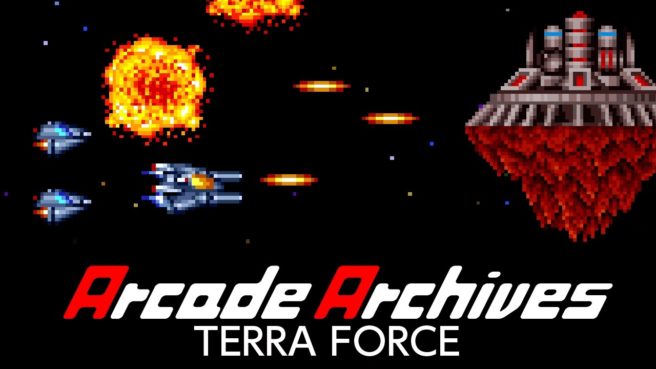 Arcade Archives Terra Force is launching on Switch this week, Hamster has announced. All regions will have access to the horizontal shooter starting May 2.

Terra Force is a shooting game that was released from Nichibutsu in 1987. A new element, to attack by going back and forth between vertical and horizontal scroll stages, was a topic at that time. Wipe out enemies with hyper missiles with destructive super power.