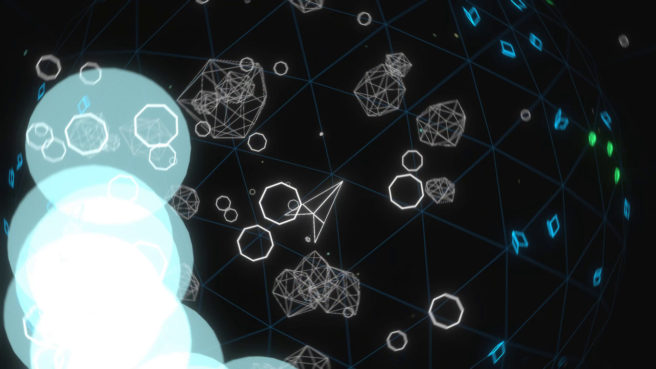 We have the following overview and trailer for Terror Squid:

Terror Squid is an easy to understand but difficult to master arcade game in which every enemy projectile is emitted by you, the Terror Squid. Set around a doomed planet, you’re a cosmic chaos entity spinning around the world emitting all manner of hazardous projectiles. What goes around comes around, as your inky bullet reign of terror circles around the globe creating an apocalypse of your own design. Terror Squid obliterates genre conventions of tightly choreographed patterns, and instead puts you in the role of your own worst enemy. Think fast and strategically as you weave through a bullet hell of your own making!

Your objective is to survive for as long as possible without getting hit by your own projectiles. Survive for long enough and you can release a primordial blast of dark energy, detonating your projectiles in glorious chain reactions.

Inspired by the spherical maps of Super Stardust and the short, intense action of Devil Daggers, Terror Squid is an endlessly addictive test of strategy and reflexes. Only the best players will manage to survive for even a minute in this unholy vector graphics apocalypse. Destroy worlds, ascend the leaderboards, and become one with the void in Terror Squid.