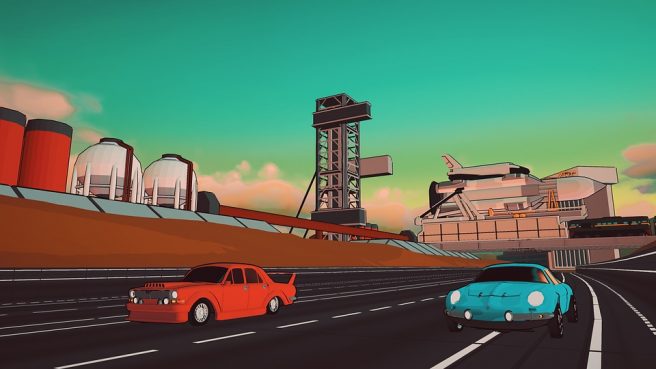 Sunrise GP has a cartoonish look with “fun with bright and pastel colors, mixing themes of racing and traveling in one entertaining package.” In the single-player Grand Prix campaign, players will compete for victory in a series of races and challenges with various vehicles that are unique in terms of their handling and acceleration. Other features include a split-screen local multiplayer mode that supports up to four people, a challenge mode, quick race for “short bust game sessions”, and a Photo Mode in which players can capture their own shots.

Gamedust mentions that the title will have “a plethora of tracks, so each race will take the players to different parts of the world hosting new, exciting challenges.” The actual racing will also be physics-based. And to stress again, the cars will be “significantly different from another in terms of dynamics”.

Get a first look at Sunrise GP in action with the trailer we’ve included below.

Sunrise GP will be offered on Switch via the eShop. We’ll have more information going forward, including a release date.