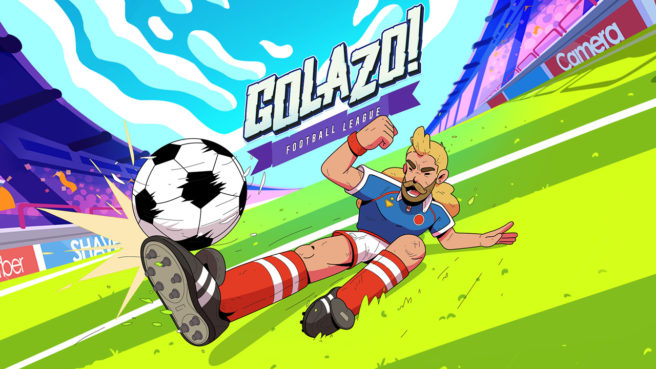 The dynamic 2.5D arcade soccer game Golazo! will be appearing on the Switch eShop starting tomorrow, Klabater and Purple Tree have announced. It will be sold via the eShop.

Football is all about fun and teamwork. It doesn’t matter if you’re on the field or play it on console sitting with your friends on the couch. With its vintage, not-too-serious, artistic and creative modern approach to classic gameplay, Golazo! is certainly a perfect game for people who are weary of football managers or complicated hard-core simulators. You just grab your pad, sit on the couch and play!

In Golazo! you will find a ton of fun and: