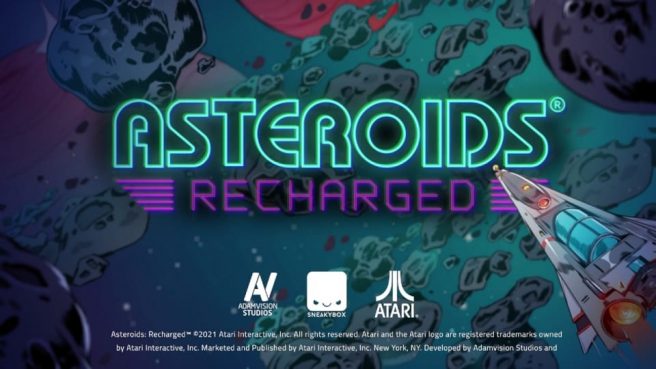 Asteroids: Recharged will soon be appearing on Switch, and we now have some early gameplay. 23 minutes of footage has come in.

Asteroids: Recharged creates a familiar, but revitalized and modern challenge to both old school and new high score chasers. And 30 unique and creative challenge levels take the space shooting gameplay into new territory, complete with local and global leaderboards.

An entirely new collection of power-ups — including spread shots, rail guns, reflector shields, and more — will help stave off splintering asteroids and aggressive UFOs. Co-op play lets you play with a friend, and ramps up the intensity as players do their best to coordinate and survive.

You can check out the gameplay for Asteroids: Recharged in the video below.

Asteroids Recharged is due out for Switch as an eShop download on December 14. It’s planned to support English, Japanese, French, German, Italian, Spanish, Korean, Russian, Chinese, and Portuguese language options.