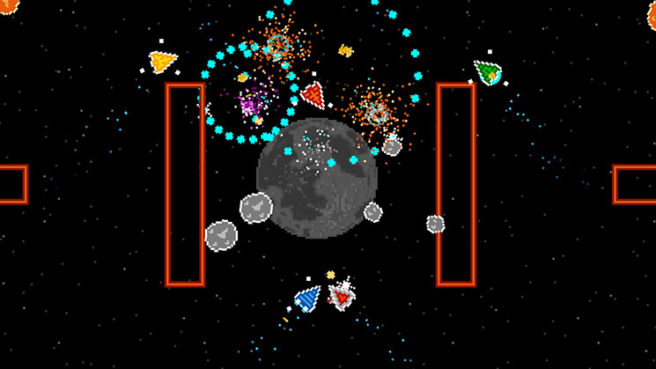 A new digital game has been revealed for Switch – and it’s arriving very soon. Panic Button will be publishing Astro Duel Deluxe on May 30 for $14.99.

Game rounds are quick and defeat is sudden as you blast enemy ships, or run over your friends’ shipless pilots. (Hilarity ahead!)

Play anywhere – On the TV, on the go, or even face up on a table or floor!
Play with multiple controller types (including touch screen)
Wipe out your friends’ squad in “Team Annihilation” mode
6-player “Chaos” mode (More open arenas support Free-For-All and 3v3)
Pilot Selection – Pick from 6 pilots to control, including Box Cat and Chomper
Instant Replay after completing each round
Additional music
Wacky “Touch” mode – Ships can only turn in one direction!
Battle your friends or team up to take on CPU opponents
Run over pilots in “Pilot Hunters” mode, battle for the most kills in “Ship Hunters,” or join forces in “Team Deathmatch”
Arm your ship with offensive and defensive powerups including missiles, lasers, jousters and shields
Dynamic arenas provide a host of hiding places and hazards – Avoid turrets, death beams, and black holes
Mix up play with Game Modifiers (enable asteroids, starting power-ups, super dashes, and so much more)