Back to Bed heading to Switch on April 11 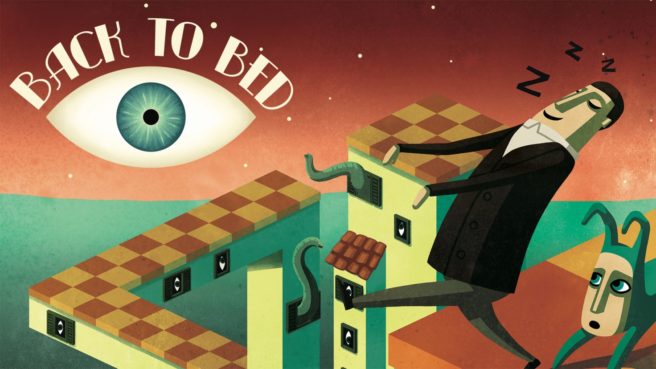 Back to Bed is making its way to Switch on April 11, publisher 2Awesome Studio and developer Bedtime Digital Games have announced.

Here’s an introduction to the puzzle game, along with a trailer:

In Back to Bed, players guide the sleepwalker Bob from his sleep-inducing office to the safety of his bed by controlling his subconscious guardian Subob, whose job it is to both guide and protect the sleepwalking Bob.

The pair will travel through a surreal and painting like world where the boundaries between Bob’s dream and reality have vanished, but where there are still real world dangers that threaten the sleepwalker. Ever vigilant Subob must now guide Bob around dangers and back to bed.

Back To Bed was a finalist of the coveted IGF award and was nominated for a variety of other plaudits, including ‘Best Console Game’ at Indie Prize Europe 2014.

Now, Back to Bed comes to the Nintendo Switch™, playable in TV mode, handheld mode and tabletop mode and anywhere you like! It also comes with Nintendo Switch Pro Controller support.