Badland: Game of the Year Edition coming to Switch next week 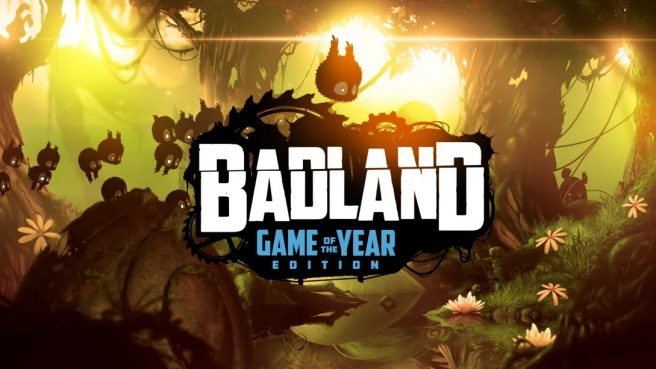 According to an eShop listing, the side-scrolling action adventure title Badland is making a comeback on Switch.

Previously, Badland: Game of the Year Edition appeared on Wii U back in 2015. QubicGames and Frogmind will now be releasing it for Nintendo’s current console on August 6.

Here’s an overview and trailer from the eShop page:

With Badland: Game of the Year Edition, you get to experience the multi-award-winning action adventure like never before. Badland: GOTY Edition builds on the stunningly atmospheric, hand-painted graphics of the original Badland with enhanced, above visuals, completely redesigned controls, over 15 hours of single player campaign and awesome multiplayer fun for up-to-four players with both local co-op & battle modes.

Badland is an atmospheric side-scrolling action adventure platformer set in a gorgeous forest full of various inhabitants, trees and flowers. Although the forest appears to be right out of a beautiful fairy tale, there’s something terribly wrong. The player controls one of the forest dwellers to find out what’s going on, and discovers an astonishing number of imaginative traps and obstacles on the way.

Badland: Game of the Year Edition will cost just $5.99 on the Switch eShop.