Barbarous: Tavern of Emyr due out on Switch next month 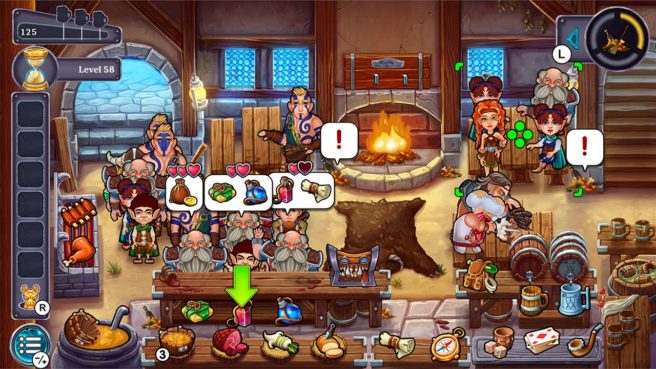 Barbarous: Tavern of Emyr will release on Switch next month, publisher QubicGames and developer SQRT3 have announced. The simulation game, which has players making treats and delivering them to customers, is planned for December 25.

We have the following overview and trailer for Barbarous: Tavern of Emyr:

In this game, you will be tasked with preparing various treats and delivering them to the customers. Grab items and combine ingredients in compounds. But be warned. Customers have limited patience, and they won’t wait forever for you to respond. Manage your time well, or you’ll lose clients. Each action is rewarded. Get the points for checking out guests, and earn diamonds as a reward.

You play as Emyr realm’s – probably – most famous hero. That is, until his career was destroyed by a dreadful wound. And that right before he had a chance to kill his Archenemy; whom, as 100% credible prophecy has said: “No hero can defeat”.

If that’s not enough, one day he wakes up only to find out that he spent all his money on a shabby tavern. Life as an innkeeper? That’s no role for a leading hero, right? That’s a commoner’s job! And to make things even worse, suddenly some teenager claims to be his daughter. Will Emyr be able to get his adventuring career back on track? Will he defeat his dreadful foe? And finally, can he answer the challenges of responsible parenthood? As they say, old habits die hard.

– Play in a single and cooperative mode.

– 5 unique taverns, each in a different place, visited during Emyr’s travels;

– 120 in-game cutscenes (intro and outro for every level) with some depth mixed with tons of humorous references.

Barbarous: Tavern of Emyr can be pre-loaded on the Switch eShop now for $7.99.