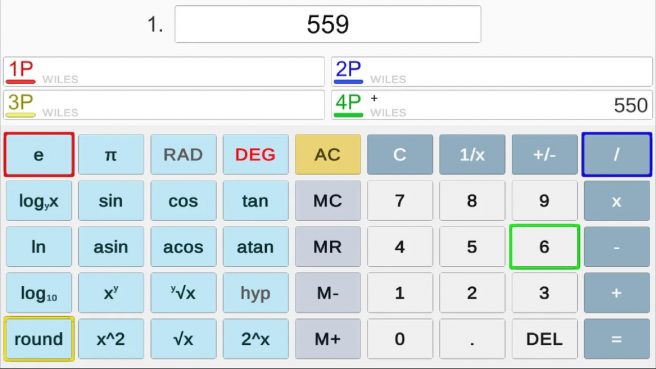 Earlier this year, a calculator app released on the Switch eShop. If that didn’t excite you, perhaps Battle Calculator will.

Battle Calculator is described as “a game that is fun to play together and uses your brain a little.” It also functions as a regular calculator.

A game that is fun to play together and uses your brain a little.

Your calculation skills, knowledge of functions, and reflexes will be tested.

The game proceeds as follows
1. The number is determined randomly.
2. The first person to make the number wins.
3. The winner is the person who reaches the pre-set number of wins the fastest.

– You can also use it as a normal functional calculator. It supports both touch screen and Joy-Con controllers.

– What kind of people should buy this?
Parents with children who have learned multiplication table, or the children themselves.
Students who have learned trigonometric, exponential and logarithmic functions.
Those who are familiar with functions or function calculators.
Those who want to have fun exercising their minds with their children or grandchildren.