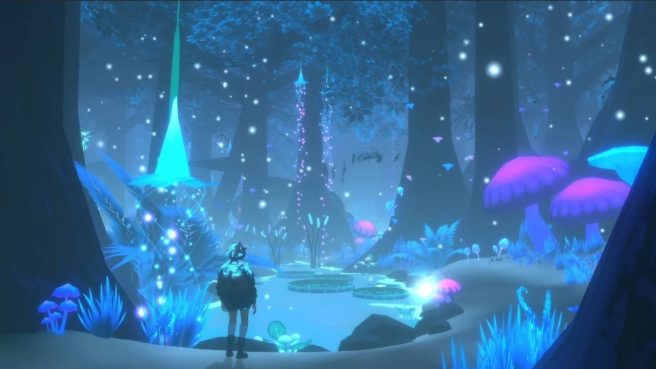 Whitethorn Digital and Banana Bird Studios have readied a new update for Beasts of Maravilla Island. The 3D adventure game is now at version 1.0.3 on Switch.

This week’s update includes skippable cutscenes and a ton of different fixes. Continue on below for the full patch notes.

– All cutscenes are able to be skipped if you press pause during the cutscene and select “Skip”
– Fixed a bug where Pro Controller would cause camera to rotate 90 degrees and not use gyro
– No longer possible to get teleported underneath geometry when you open your journal in certain spots
– Fixed issue where Marina could get stuck for a few seconds after she got gusted by the griffin, even though she had returned to her idle animation
– Players who were unable to get the Draguar to gust at the teetering rock should now be able to get him to gust
– Edge detection refractor to fix boundary breaks, walking on air, and other glitchiness
– Fixed issue where Marina visibly snapped to the ground every time she returned from being frozen
– Fixed a few jittering creatures in the plateau
– Fixed bugs relating to chapter select sometimes not taking you to the right location
– Birds/Bats should no longer stop in midair during cutscenes
– Fixed issue where players could get caught when climbing down off of the first vine
– Fixed bug where the character could freeze if you opened photobook from camera
– Fixed bug where players could open a broken journal from the photobook
– Fixed issue where if you had two photos and deleted one, it would show the incorrect one as the main photo
– Save file will show correct location even after chapter select
– Fixed small white line on the edge of fullscreen photos
– Improved frame rate of final cutscene
– Some tweaked level design to help draw attention to certain flowers, climbable vines, and pathways
– Fixed bug where basilisk lizards could get caught underwater
– Many other tiny bug fixes