Beautiful Desolation out on Switch in May 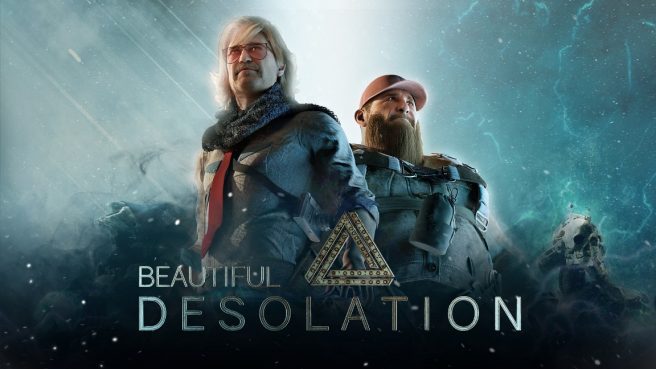 Untold Tales and The Brotherhood have set a Switch release date for Beautiful Desolation, an isometric adventure game. It’ll be be available on Nintendo’s console beginning May 28.

Here’s an overview of Beautiful Desolation, along with a trailer:

The Brotherhood has crafted a homage to adventure games from your childhood. Beautiful Desolation is a 2D isometric adventure set in the distant future. Explore a post-apocalyptic landscape, solve puzzles, meet new friends and make powerful enemies, mediate conflicts and fight for your life as you unravel the secrets of the world around you.

Mark, a man out of time, searches for his lost brother Don, in a far-flung futuristic era ruled by highly advanced technologies which are both revered and reviled. Your surroundings hold echoes of a desolate past, and glimpses of a dark future that has yet to be written by your actions. Be prepared to face many tough choices that will shape this land long after you complete your journey.

The inhabitants of this world will help and hinder you, as you make new discoveries and navigate the spectacular African-inspired landscape. Negotiate your passage with local leaders, healers and warriors, or find yourself embroiled in a battle against nanite swarms, enormous scorpions and rocket-equipped robots.

– A story-driven adventure set in a dystopian post-apocalyptic future.
– A unique aesthetic and 2D isometric rendered and painted environments.
– Simple Point & Click interaction with deep puzzles.
– Classic puzzles and adventure gameplay.
– Bizarre creatures, animals and vibrant characters await.
– Thousands of lines of dialogue with multiple conversation paths.
– Tomes of lore and a world, unlike anything you have seen before.
– Over 40 Unique Characters to meet.

Beautiful Desolation will be sold digitally for Switch via the eShop.