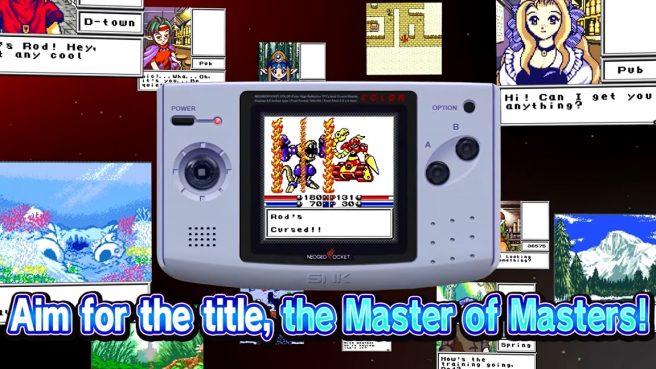 Biomotor Unitron “was the first RPG for SNK’s handheld system and lets players experience an epic sci-fi fantasy world and battle mighty enemies as the humanoid battle robot Unitron.” Read a bit more about the game below.

Players take on the role of Unitron pilots as they explore dungeons to acquire various materials. These dungeons change their appearance every time a pilot enters them. A Unitron’s shape changes according to the pilot’s level – new weapons can be developed by synthesizing materials and parts, so everyone can create their own Unitron!

In the arena, the hall of fame of Unitron Masters, the strongest enemies gather, and players can battle it out with the strongest Unitron for the glorious title of “Master of Masters”.

The instruction manual included with the game is for the Neo Geo Pocket Color version. Therefore, some specifications may differ on Nintendo Switch. Trading functions are not implemented.

Get a look at a trailer for Biomotor Unitron on Switch below.