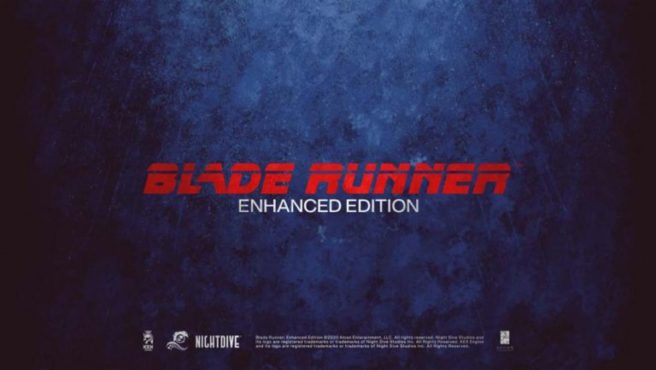 Blade Runner: Enhanced Edition was last said to be on track for 2020, though Nightdive Studios will no longer be meeting that target. The game has been delayed and has no new window due to some obstacles encountered during development.

“There have been some obstacles we’ve had to overcome in terms of the old technology the game uses. And our hunt for the original source code and assets have come up empty.”

When it does release, Blade Runner: Enhanced Edition will be available on Switch. We have lots of information about the project here.