Blade Runner: Enhanced Edition will have a physical version on Switch 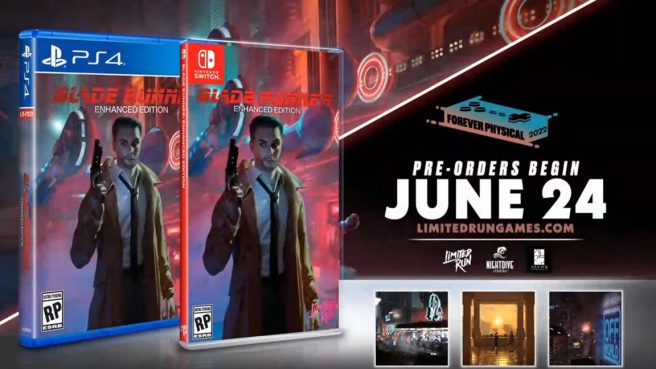 Armed with your investigative skills and the tools of the Blade Runner trade, you’ll be immersed in a world that lives and breathes around you with breakthrough lighting and visual effects. Your ability to survive will be put to the test in the richest game environment ever

Pre-orders for the physical release of Blade Runner: Enhanced Edition open on June 24, 2022. You’ll be able to reserve a copy here.