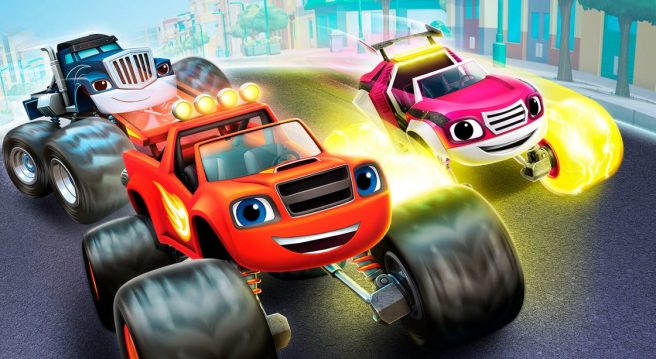 Outright Games today announced Blaze and the Monster Machines Axle City Racers, a new kart racer based on Nickelodeon’s children CG-animated series. It will release on Switch in October.

On your marks, get ready to race with Blaze and the Monster Machines! From Axle City to the Monster Dome, the world of Blaze is yours to explore! So buckle your seatbelts and take control of Starla, Pickle, Crusher, and more friends. It’s time to race at blazing speed for the championship or play with up to 4-players in split-screen mode! The fun keeps on rolling. Boost and drift around classic Blaze tracks. Power-up with special abilities or customize Blaze in the garage. And with STEM education features, plus accessible options like Auto-Drive, kids will love learning as they race for glory!