Blind Men out on Switch next week 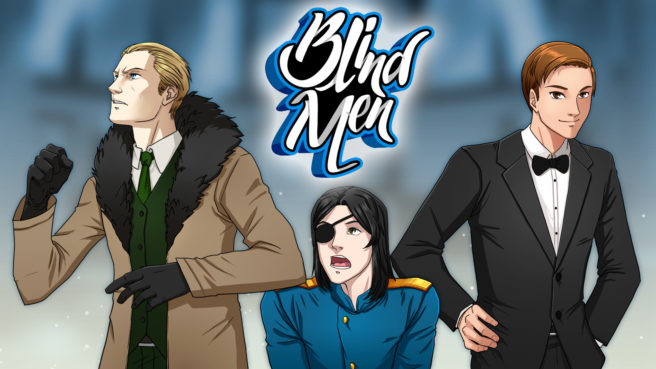 The visual novel Blind Men is making its way to Switch next week, publisher Ratalakia Games and developer Man-eater Games have announced. It will launch digitally on April 17.

Here’s an overview of Blind Men, along with a trailer:

A parody of spy fiction, Blind Men is a boys’ love visual novel that follows a young super villain as he carries out his first big heist.

As the nephew of a retired super villain, there’s nothing Keegan wants more than to become one himself – and what better way than to join the League of Evil? All he needs to do is commit a crime to complete his application.

Unfortunately, Keegan soon finds himself in more trouble than he could have ever imagined when his plans are interrupted by a couple of spies from opposing agencies.

50k+ words
2 romanceable characters
Different endings depending on your choices
Keep the game as a cliché-filled parody, or turn it into a straight spy adventure.
Available in both English and Spanish.
… And more!