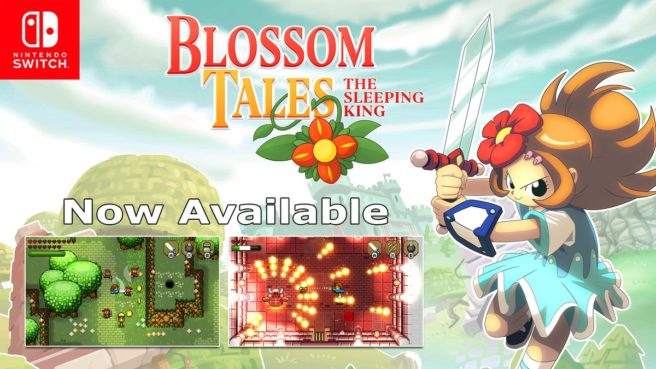 Originally launching in December of 2017 to a decent amount of success, developer FDG Entertainment has released a demo for Blossom Tales: The Sleeping King. Players can get a hold of this download on the Switch eShop and join Lily on her very first quest as Knight of the Rose in this beautiful Zelda-like action adventure. The game also appears to be half-off at this time in the US eShop at this time.