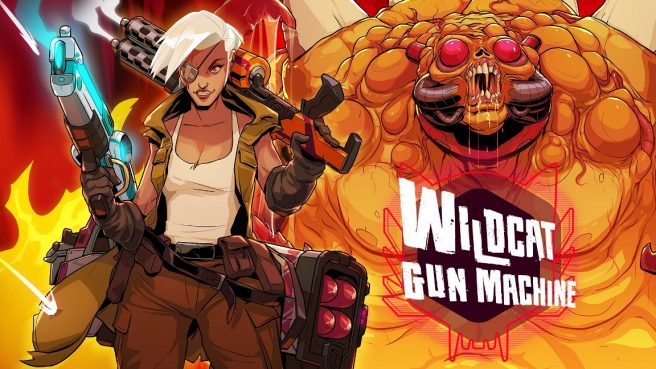 Over 40 gun types are included, and each one has its own unique features. These include auto-aim bullets, long-range laser beams, and exploding rounds with a huge blast radius.

Another aspect of the game involves character upgrades. You can choose different options to match your playstyle such as increasing the time you’re able to respawn, upgrading movement speed, and improving the dash skill.

Here’s a trailer that provides a good look at Wildcat Gun Machine:

Wildcat Gun Machine is expected to launch for Switch as a digital download through the eShop. We’ll have more on the game in the future, including a final release date.